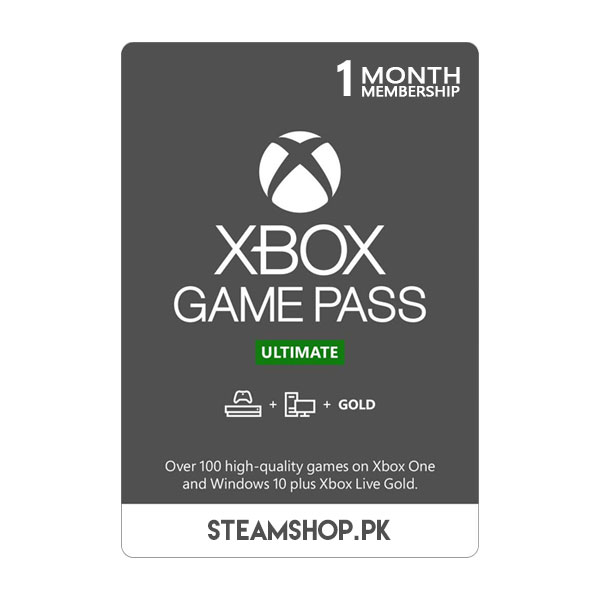 WARNING! STEAMSHOP is not affiliated, associated, or in any way connected with websites/individuals that promise exchanges and/or trades of Xbox Game Pass Ultimate Membership for other products. No assistance will be provided in such cases.

Xbox Game Pass Ultimate includes all the benefits of Xbox Live Gold, over 100 high-quality games for Xbox Series X, Xbox Series S, Xbox One, Xbox 360, Windows Phone 8 or Windows 10 PCs, console and Android mobile devices, and access to EA Play at no additional cost, all for one low monthly price.

Always something new to play, something for everyone

Play new Xbox Game Studios titles the same day they release, plus recent hits like Minecraft Dungeons and Bleeding Edge. With a huge variety of games from every genre, and new games added all the time, there’s something for everyone.

Gaming on Xbox One is better with Xbox Live Gold

Play together with friends on the most advanced online console multiplayer network.

With EA Play, members get instant access to a collection of EA’s best-loved series and top titles on console and PC, exclusive in-game challenges and rewards, special member-only content, and early trials of select new games.